Anastasia was born in San Nicola dell’Alto, a small village in Calabria (of arbëreshë origin), where she spent her teenagehood. She has been living in Bolonia for more than 15 years. In the city her life runs quiet if it weren’t for that constant call from her own roots.
Two worlds meet and confront each other in her mind daily: on one side the modern and visionary Bolonia on the other Hora ( the village), an atavistic place suspended in time.
Each summer she faces her long train journey to get home. crossing Italy from North to South, between changes, coincidences and conversations, almost like a sacred ritual towards her own land.
This time Anastasia decides to share her journey with a friend. An unexpected adventure begins that will lead her to her inside world as well as the discovery of the mosaic of cultures which contradicts her.
Many questions emerge along the way: Who will guard the arbëreshë culture? Will it be in her hands? How will that sense of belonging to an ethnic-linguistic minority evolve, in a historic moment where globalization is taking over and only weak bonds exist? Anastasia’s thoughts and emotions are the starting point for the search on the arbëreshë identity and on the deep change that this ancient community is going through. 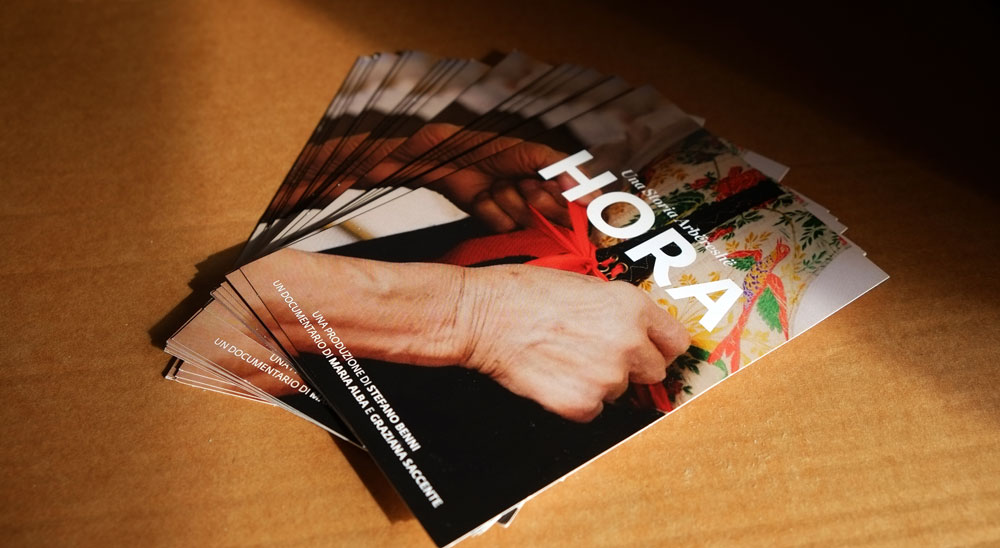